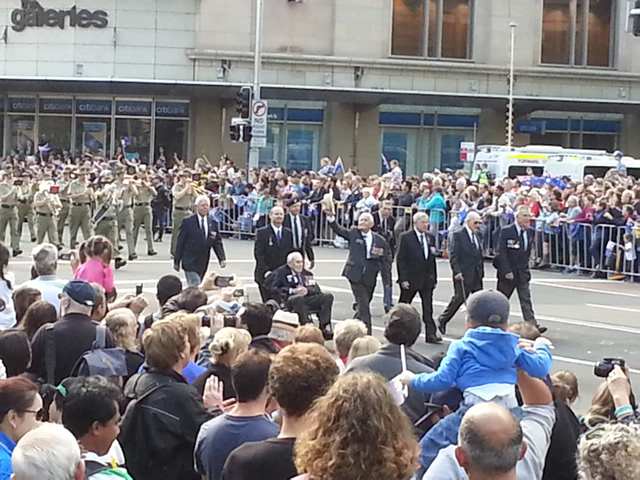 This year marks the 100th anniversary on the landing of Gallipoli. The so call 'ANZAC Legend' began in April 25, 1915 when more than 20,000 Australians and New Zealanders and some servicemen from other countries (such as India) landed at the Gallipoli Peninsula with an objective as part of the amphibious invasion against the Ottoman empire during the first world war.

It is estimated that more than 8,000 people died during the unsuccessful campaign on Gallipolli, which lasted for about a year. On the day alone of 25th April of the Gallipolli landing, around 900 servicemen were killed and 2,000 people were wounded. Since that fateful day, the event have described as "shaping of Australian identity".

From 1916 and onwards on every year, there are a dawn services before sunrise, follow by a veterans parade across the city, a commemoration ceremonies in midday at the War Memorial and a sunset services.

Since this is a centenary year for ANZAC day in 2015, a record crowd of around 30,000 people attended the dawn service at Centopath Martin place Sydney from 4.30-6am. Also there were similar dawn services across the city and metropolitan area of Sydney and NSW. 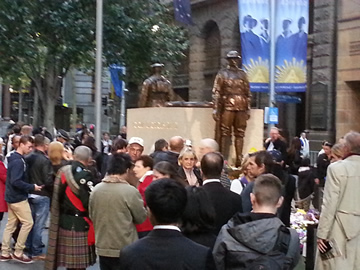 In Melbourne, a record crowd of 85,000 citizens braved and endured the poor weather and attended the ANZAC dawn services and veteran's parade.

In Canberra, another record numbers of 120,000 people attended the dawn services at the Australian War Memorial.

An estimated 10,000 travelled to Anzac Cove at the Gallipoli peninsula for this centenary event. 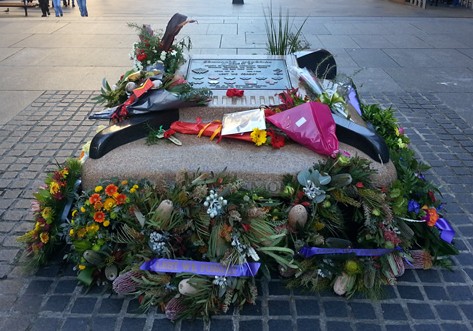 Commando Memorial seat - located at the quiet end of Martin Place, next to Macquarie street