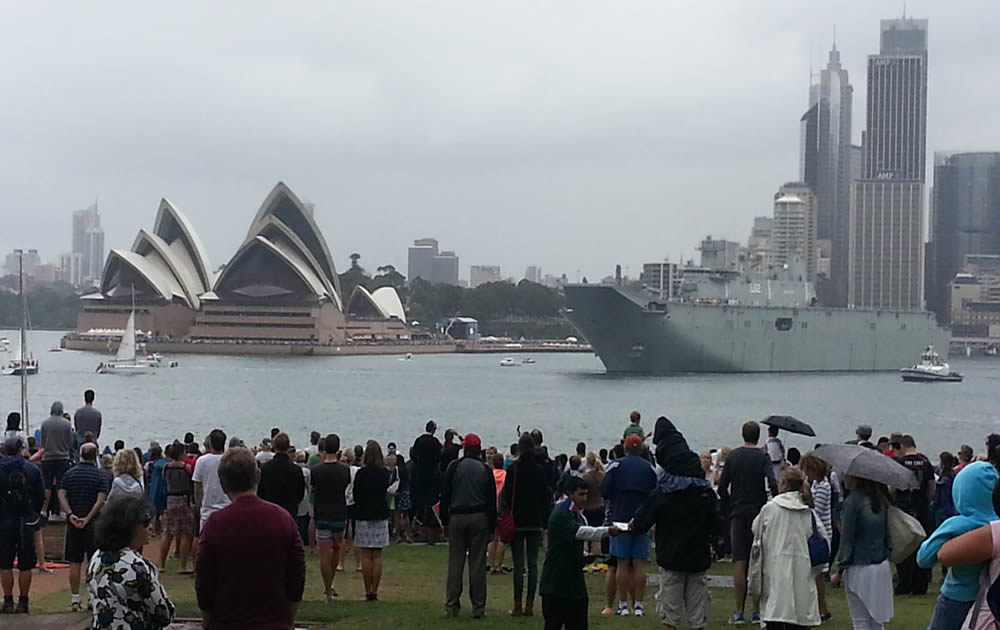 Australian citizens celebrated Australia Day on 26th January. Historically this is the day when Captain Cook sailed the first fleet from Britain and arrive in Sydney Harbour in 1788

A typical celebration involves with friends/family gather together and have a traditional BBQ.

This year in particular for Sydney, poor weather did not deterred from the crowd watching the HMAS Canberra gun cannon salute at midday.

Approximately 16,000 people from 150 countries pledged their loyalty to Australia at 333 ceremonies around the country.

Lastly we'll leave you with our version of Advance Australia Fair, the national anthem where all Australian citizens have to sing during the citizenship ceremony